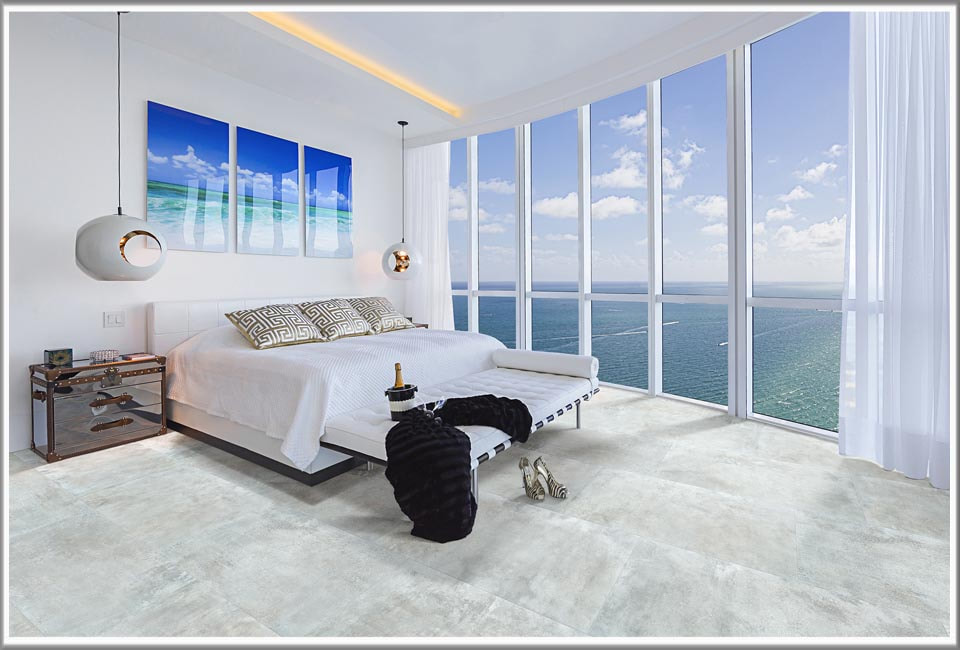 The all-new Oceans series by Mediterranea features large-format sizes, with colors as deep as the deepest sea.  To achieve this rich and unique look, Mediterranea’s tile design team sought inspiration across the Pacific Ocean in Japan, where the art of Raku pottery was born centuries ago.

A remarkable type of pottery traditionally used in Japanese tea ceremonies, the heritage of Raku dates back nearly 500 years.  The traditional process of rapid heating and sudden cooling produce intense colorations and unpredictable patterns, and it became popular with American potters in the 20th century.  Mediterranea’s designers worked to re-create these stunning effects, with the result being a new porcelain tile collection featuring vibrant, transcendent colors and a metallic vibe that is unlike anything else in the American marketplace.

The Oceans collection is manufactured in the USA in the large-format 24”x48” size to highlight these magnificent colorations and Raku-inspired graphics. Oceans is offered in 4 colors, named to give homage to the 4 great oceans of the world:  Atlantic (Blue), Pacific (Grey), Arctic (White) and Indian (Rust).  The Oceans collection is a monumental achievement in tile design, offering a completely original metallic look in a large-format rectified tile.  It’s the innovation you’ve come to expect from the team at Mediterranea.
PLEASE NOTE: Shades of color are seen differently on computer monitors and therefore customers should request a sample before making a final selection or purchase.  Shade variation is an inherent part of all tile production.  Prior to any installation, a range of tiles should be approved by the customer.
No claims for shade or texture variation will be honored after installation.